Electromagnetic fields are present everywhere in our environment but are invisible to the human eye. Yet they are a physical phenomenon, measurable with observable effects. EMFs come from a wide range of sources and vary enormously in the strength of the fields. Some are naturally occurring and others are the results of human activity. 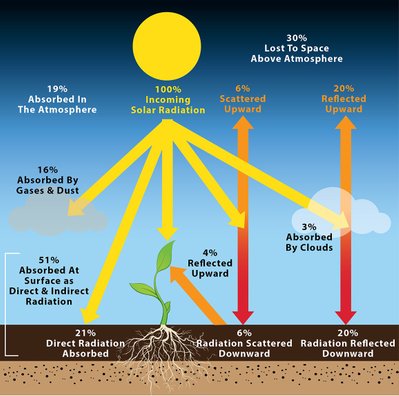 The magnetic field of the Sun actually extends far out into space, beyond Pluto. This distant extension of the Sun's magnetic field is called the Interplanetary Magnetic Field(IMF). The solar wind, the stream of charged particles that flows outward from the Sun, carries the IMF to the planets and beyond. The solar wind and IMF interact with planetary magnetic fields in complex ways, generating phenomena such as the aurora. 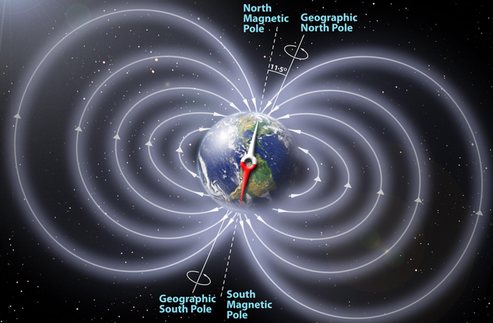 Earth’s magnetic field is generated by an interaction between rotation in the planet’s core and electrical currents. The field then creates the magnetosphere, which acts sort of like a force field, protecting the Earth from the charged particles of the solar wind and cosmic rays that would otherwise strip away the upper atmosphere, including the ozone layer that protects the Earth from harmful ultraviolet radiation.

This field has both a North and South pole, which can be used for navigational purposes. Earth's polarity is not a constant. Unlike a classic bar magnet, the matter governing Earth's magnetic field moves around. At irregular intervals averaging several hundred thousand years, the Earth's field reverses and the North and South Magnetic Poles relatively abruptly switch places. These reversals of the geomagnetic poles leave a record in rocks that are of value to paleomagnetists in calculating geomagnetic fields in the past. Such information in turn is helpful in studying the motions of continents and ocean floors in the process of plate tectonics.

The Earth's magnetic field plays an important role for all living things. Without a geomagnetic field, life on this planet would not be possible. Impressive examples such as tides show us how powerful geomagnetic influences work on water.

Because humans consist largely of water, they need an intact natural geomagnetic field. The earth's magnetic is used by birds and fish for navigation.

The communication of living beings with the natural geomagnetic field is influenced by “artificial” (electrosmog) and “natural” disturbance fields (earth rays). 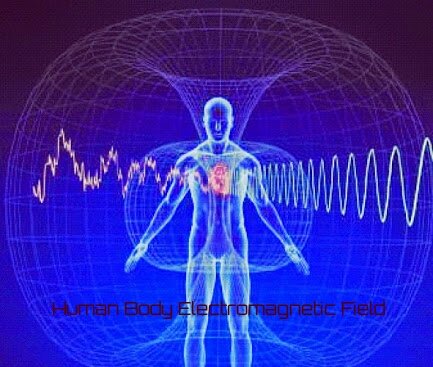 The body’s own internal magnetic fields are generated by the extraordinary amount of internal electrical activity that keeps our bodies alive. These biomagnetic fields interact with all of the other magnetic fields on the planet and control our basic chemistry.

The human body produces complex electrical activity in several different types of cells, including neurons, endocrine, and muscle cells – all called “excitable cells”. As all electricity does, this activity also creates a magnetic field.

Nerve impulses are electrical energy signals; and, they creates energy-fields around the body and electro-magnetic energy waves that can travel away from the body. 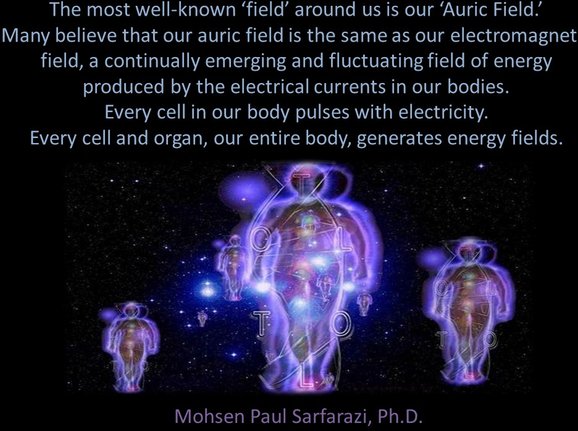 Scientific research has recently caught up with ancient teachings concerning the Aura or auric field and have found that the aura is electromagnetic field of energy that extends all around our body for about 4-5feet (in a average healthy body) and appears to be depleted in cases of unhealthy person.

The aura of a person is directly connected to the level of physical and subtle health-harmony-balance of the person. A person is considered to be Healthy in terms of Physical vitality, mental clarity, emotional well-being as well as highly positive spiritual energies. So a person who is balanced at all these levels has a wider and brighter aura and vice versa in the case of an unbalanced person.

So the tiny electrical impulses in our body results into the formation of a magnetic field around our body, which is actually know as the AURA- electromagnetic field of the body. Since everything in this universe is made up of the same constituent particles electron, protons, neutrons etc that means EVERYTHING HAS AN AURA.  And if we keep on expanding these so called elementary particles we reach a point where we find nothing but pure energy vibrating at the very essence of these solid looking objects. Everything in this physical universe is nothing but energy, which connects to everything in the universe. 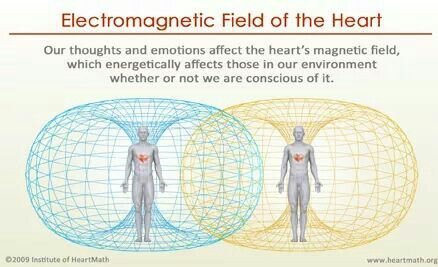 “The heart generates the largest electromagnetic field in the body. The electrical field as measured in an electrocardiogram (ECG) is about 60 times greater in amplitude than the brain waves recorded in an electroencephalogram (EEG).”

The human heart is a powerful source of electro-magnetism that, even at a few meters away, is detectable by modern scientific instruments.

The heart’s electromagnetic field contains certain information or coding, which researchers are trying to understand, that is transmitted throughout and outside of the body. One of the most significant findings of HMI’s research related to this field is that intentionally generated positive emotions can change this information/coding.

The results of The Electricity of Touch experiment were positive: The data showed “when people touch or are in proximity, a transference of the electromagnetic energy produced by the heart occurs,” the study’s authors wrote. 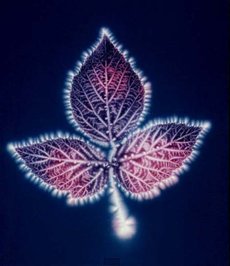 There has been a long history of the alleged regulatory connections between plants and electromagnetic fields. Chemical, visual, auditory, and electromagnetic communication between fauna (animals) serves obvious biological purposes like mating, warning, and protection, and probably also information transfer.

Indigenous cultures have always acknoledged that plants communicate between themselves and other life forms.

George Washington Crile's research notes that not only do plants communicate between themselves by means of electromagnetic signals, and that this can be demonstrated experimentally, but that they are also sensitive to non-plant life should it approach them.

Some usually aquatic animals, such as sharks, have acute bioelectric sensors providing a sense known as electroreception, while migratory birds navigate in part by orienteering with respect to the Earth's magnetic field. In an extreme application of electromagnetism the electric eel is able to generate a large electric field outside its body used for hunting and self-defense through a dedicated electric organ. 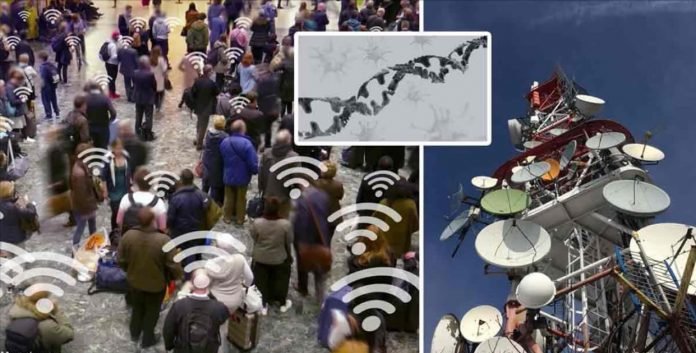 Besides "natural" sources the electromagnetic spectrum also includes fields generated by human-made sources. Exposure to human-made electromagnetic fields (EMF) has increased over the past century. The widespread use of EMF sources has been accompanied by public debate about possible adverse effects on human health. 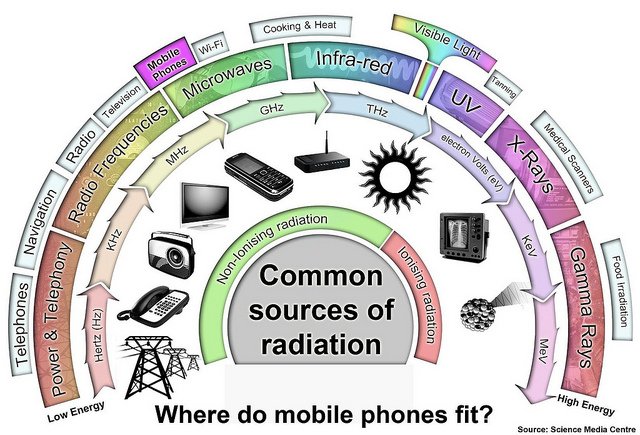 Electromagnetic fields are produced by every electrical or electronic device. This includes all apparatuses of power transmission, transportation, industries, magnetic resonance imaging, research and energy technologies.

All electrical wiring and power lines, computers, televisions, wireless devices such as cell phones and Wi-Fi devices, microwave ovens, all forms of broadcasting including AM, FM, and TV, satellites, spatial etc.

Infrared technologies, and ultraviolet sunbeds, and medical X-Rays, and gamma rays are also sources of EMF. 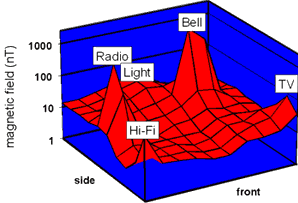 This diagram shows how the magnetic field varies over a typical house. The peaks come from the various appliances, and they are superimposed on a low background field, which varies only slightly across the house. House background fields may include, the radiation from a substation, an overhead line, a high voltage underground cable. 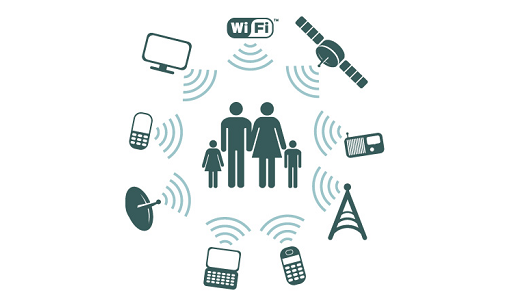 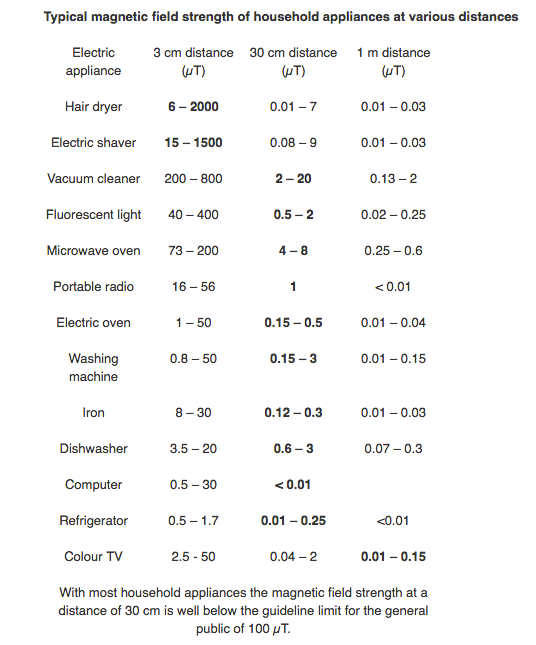 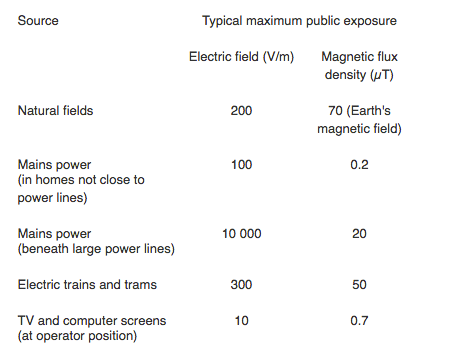